Hatiras (DJ & Producer) - “Got to hang with one of my heroes in LA today! The analog legend Jean-Michel Jarre.” 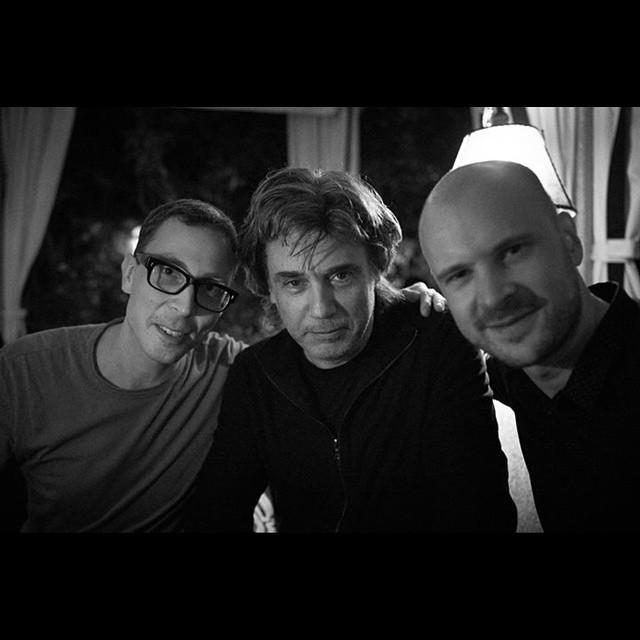 For me, Jean-Michel Jarre is one of the founding fathers of electronic music. His music has always been sonically and musically creative, so when I first heard his music as kid it was one of the main things that inspired me to want to make electronic music. Jarre also created the big show format for an electronic performer. I recall first discovering Tangerine Dream via the soundtrack to "Risky Business" and was very sad to hear of Edgar Froese's recent passing. It was an honour to work with these two legends of electronica on our remix of “Zero Gravity" - the idea was to draw on the early influences from their music combined with ideas from the track itself, and then inject some Above & Beyond into the mix. Head to our Soundcloud to hear a preview; or to one of our Midwest gigs this week!
https://popcorn-song.com
https://jeanmicheljarre.nl
Post Posted Wed May 20, 2015 6:20 pm Following the request of a loyal reader, we wrote this article about the glasses worn by the author, composer and performer Jean-Michel Jarre!

The renowned electronic music composer Jean-Michel Jarre seems to be attached to his great pair of sunglasses with green lenses signed the legendary American brand Moscot.

To this end, he traveled to the International Fair of Electronics (Berlin) by covering his eyes with this particular model. In addition, the French musician preferred to dress the home page of its site with pictures exhibitor with its famous Moscot.

Intrinsic to the collection "Moscot Originals", this solar model called "Lemtosh" Crystal Black has dressed many artists and intellectuals over the years, particularly in its optical versions.

Kanta wrote:Following the request of a loyal reader, we wrote this article about the glasses worn by the author, composer and performer Jean-Michel Jarre!

Kanta wrote:Following the request of a loyal reader, we wrote this article about the glasses worn by the author, composer and performer Jean-Michel Jarre!

Does he have "visual stress syndrome" ?