On 20 April, the Director-General of UNESCO, Ms Irina Bokova received UNESCO Honorary and Goodwill Ambassadors on the occasion of the Annual Meeting 2017. The main objective of this meeting was to examine the priority activities of the Organization for months to come and to discuss the best way these personalities could contribute to the realization of these activities.

The Annual Meeting was also an occasion to share the details of the various projects and activities that the Honorary and Goodwill Ambassadors have implemented in their respective domains since the last Annual Meeting in May 2017.

The journey of 20 April 2017 was focused on the presentations of the World Humanities Conference, UNESCO’s actions for Youth, as well as the high-level United Nations Conference on Ocean.

Following the Director-General’s opening speech, the World Humanities Conference was presented by Professor Jean Winand, Dean of the Faculty of Philosophy and Letters of the University of Liège, Co-chair of the International Programme Committee, Professor Luiz Oosterbeek, Secretary-General of the International Council for Philosophy and Human Sciences (CIPSH), and Ms Nada Al-Nashif, Assistant Director-General for Social and Human Sciences. The World Humanities Conference will gather participants from all over the world working in the fields of science, politics, art and communication. The talks will focus on the six following main themes: Humans and the environment; Cultural identities, cultural diversity and intercultural relations; Cultural heritage; Boundaries and migrations; History, memory and politics; The humanities in a world in transition.

During the afternoon session, the Honorary and Goodwill Ambassadors were informed about UNESCO’s various activities for Youth. During this presentation, Ms Nada Al-Nashif has recalled her field visit to Uganda in February last, accompanied by Forest Whitaker, UNESCO Special Envoy for Peace and Reconciliation. While emphasizing the importance of the projects that Forest Whitaker is implementing in Uganda and in South Sudan to support young people, Nada El-Nashif encouraged other UNESCO Honorary and Goodwill Ambassadors to bring their support to the Organization’s actions related to Youth. She also recalled the support that Metin Arditi, Special Envoy for Intercultural Dialogue and Eijin Nimura, UNESCO Artist for Peace bring to the Organization in this crucial area.

The high-level United Nations Conference on Ocean and on Implementation of Sustainable Development Goal 14, which will be at United Nations Headquarters in New York from 5 to 9 June 2017, was also presented to Honorary and Goodwill Ambassadors. This Conference, aiming to be the game changer that will reverse the decline in the health of our oceans, will also be solutions-focused with engagement from all. The giants !! @jeanmicheljarre and @jorgeforbes_oficial
Talking about artificial intelligence at @unesco

The annual meeting of the Intergovernmental Committee to Implement the 2005 Convention on the Protection and Promotion of the Diversity of Cultural Expressions will be held at UNESCO Headquarters from 11 to 14 December.

The 12th session, which will be opened by UNESCO Director-General Audrey Azoulay, will include a new series of public conferences entitled Create | 2030. Their purpose: to show that investing in creativity can contribute directly to achieving the goals of the 2030 Agenda for Sustainable Development.

Among the artists who will speak during these discussions, UNESCO Goodwill Ambassadors Jean-Michel Jarre and Deeyah Khan will discuss the impact of artificial intelligence on creativity and artistic freedom. Academics, policymakers and entrepreneurs from around the world will also address these issues during the meeting.

At UNESCO in Paris, CISAC President Jean-Michel Jarre opens a discussion on artificial intelligence within the creative sphere. "We have to distinguish intelligence and consciousness."
Photos ©: CISAC 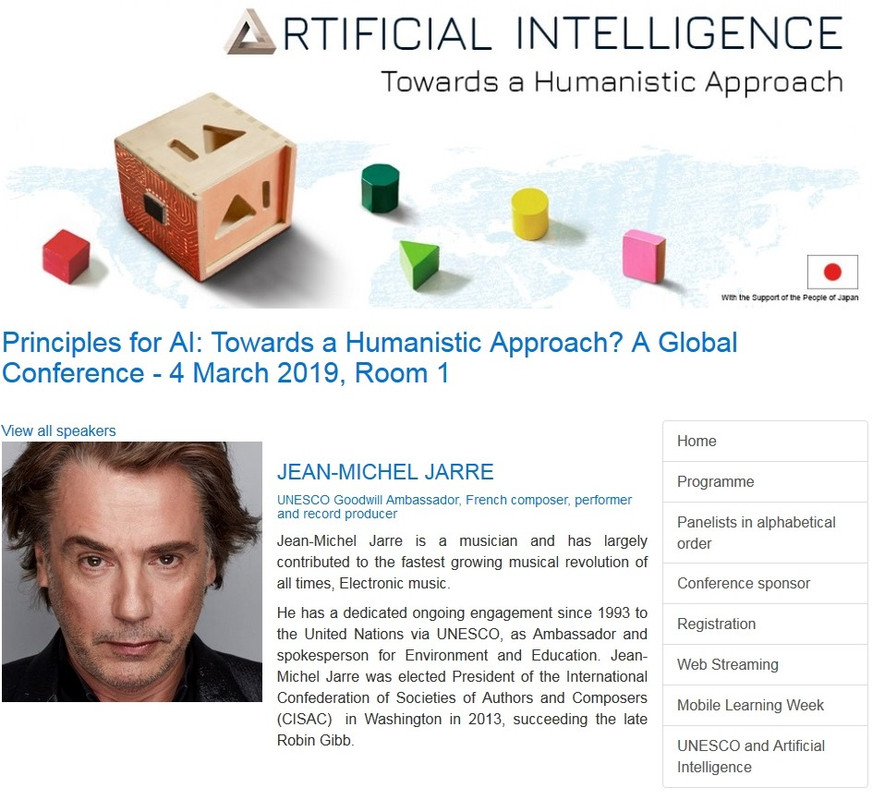 Setting the Foundation for a Humanistic Approach to AI: A Way Forward - Ministerial Round Table 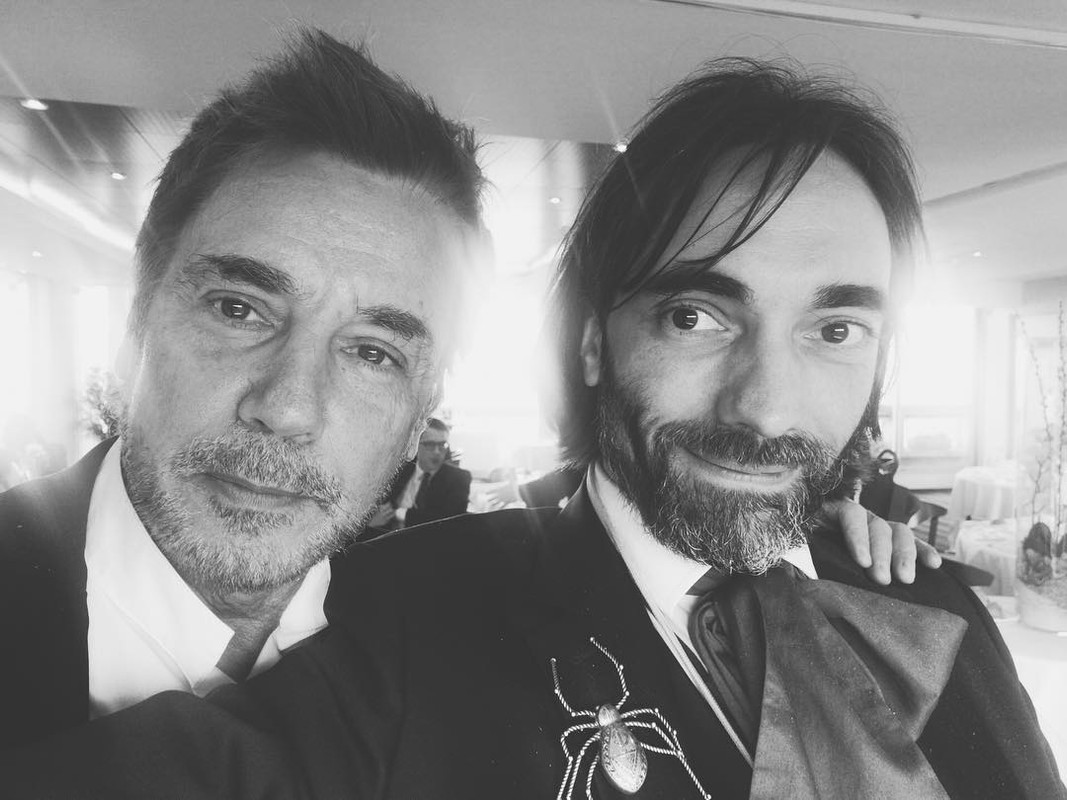 Great lunch during the AI World Conference at @unesco with the Mathematician @villani2017 ! #AI #UNESCO #robots

Yesterday at the UNESCO AI World Conference to raise awareness and promote reflection on the opportunities and challenges that AI and its technologies pose. Thanks UNESCO for the interesting conversations #IUNESCO #AI

On World Art Day, 15 April 2020, UNESCO, in partnership with electronic music pioneer and UNESCO Goodwill Ambassador Jean Michel Jarre, will host an online debate and social media campaign, the ResiliArt Debate, bringing together artists and key industry actors to sound the alarm on the impact of COVID-19 on the livelihoods of artists and cultural professionals.