Welcome To The Other Side

On New Years Eve Jean-Michel Jarre performed a spectacular concert to a record breaking 75Mio viewers from Virtual Notre-Dame de Paris. The same concert will now be release on Blu-Ray & CD as well as Vinyl on September 10th. 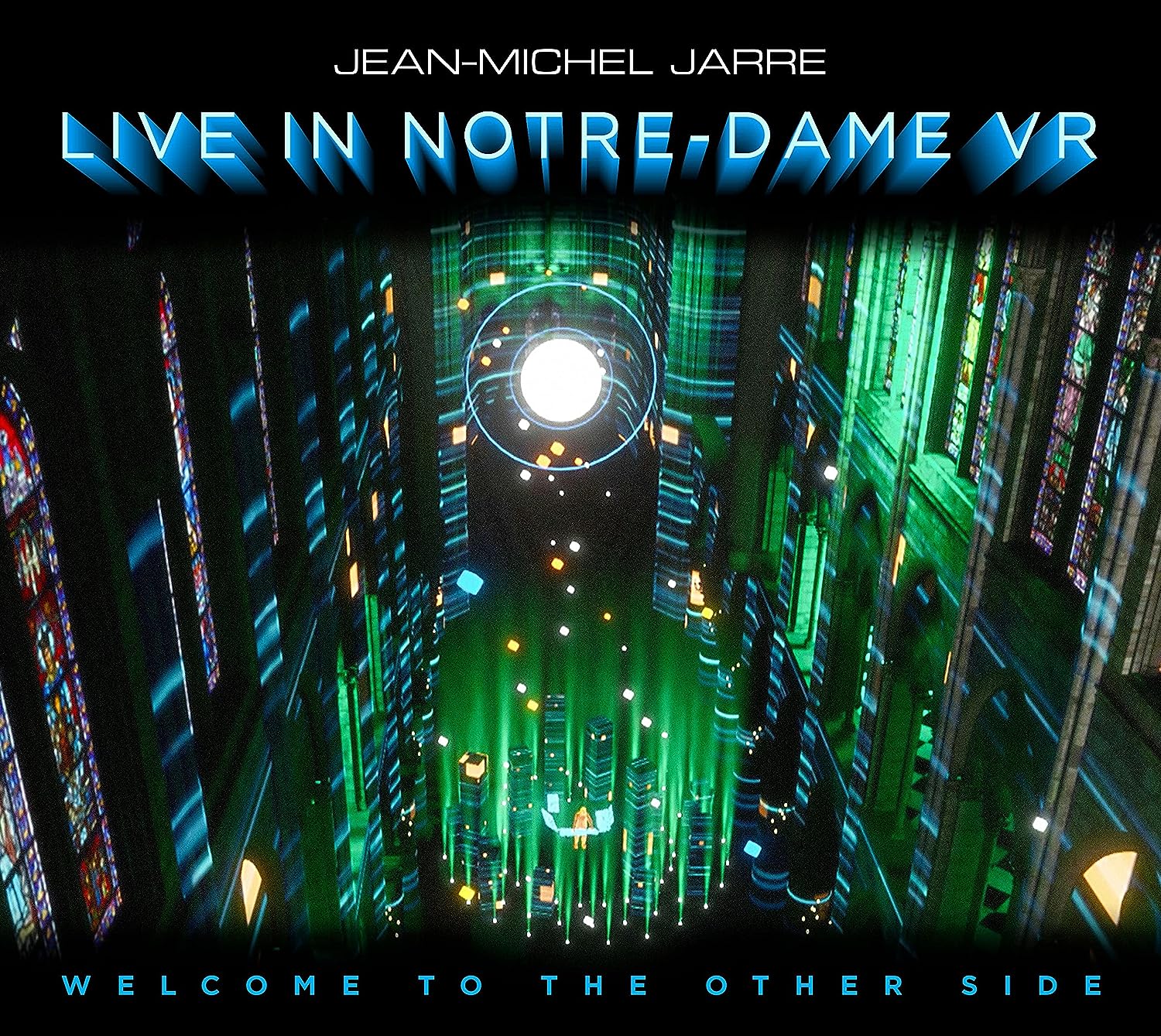 Hehe, yeah.
But that cover.. why does it look so Russian mp3 bootleg CD-ish?

[edit] looking at the JPC links, I think they are trying to make it look like a virtual object in a VR environment.
https://popcorn-song.com
https://jeanmicheljarre.nl
Post Posted Fri Jul 23, 2021 1:04 pm

Oh, and JMJ just released a 360 degrees video of Herbalizer

Perhaps I'm a complete sourpuss but I just don't get this at all. It looks like something that might have been cool 20 years ago.
Post Posted Fri Jul 23, 2021 1:21 pm

Domestos wrote: ↑Fri Jul 23, 2021 1:08 pm Perhaps I'm a complete sourpuss but I just don't get this at all. It looks like something that might have been cool 20 years ago.

I kinda agree, there's better concerts to be released on bluray. But i'm one of those obsessive collectors

Dr_Jones wrote: ↑Fri Jul 23, 2021 1:21 pm [I kinda agree, there's better concerts to be released on bluray. But i'm one of those obsessive collectors

I hope future blurays too, a big collector of all concerts.
So for the moment, on Fnac.com there is reference for the both versions : vinyl & cd/bluray.
My first JMJ bluray

Jean-Michel Jarre is determined to keep himself in the news section around the world, at a pace that not even the pandemic could slow down. This time, the French electronic music ambassador announced the physical release of his groundbreaking live performance on New Year’s Eve. A pioneer and staunch defender of the importance of technology in life and especially in music, Jarre broke with standards and introduced a unique concept on that night to offer the spectators a simply unforgettable New Year’s Eve. Produced in a studio, ‘Welcome To The Other Side‘ combined the magnificent visuals in virtual reality of the majestic Notre Dame cathedral with real live performance. This unique and immersive experience was experienced by over 75 million viewers globally and will be available to fans on vinyl and a CD and Blu-ray boxset. Ahead of these releases, the artist said:

‘The world was in lockdown, we were all living in isolation, confined to our homes which became the central hub of our lives and the only space we had to maintain some form of normality. Where work, family, love, leisure and play was all contained inside those four walls. We shared and interacted with the ‘outside’ world via our screens. As a musician, performer and creator of concert events, like all my peers, I needed to create, to perform and share, that’s the only vocation I know…’
For those who want to see the show again and get access to previously unreleased content, the boxset will be the best option. In addition to the full concert that featured tracks from Jarres’ Grammy-nominated album ‘Electronica‘ and some reworks from his classics ‘Oxygène’ and ‘Equinoxe’, the boxset will include a Masterclass in which Jean-Michel Jarre explains how he built the entire VR show, behind the scenes videos, booklets, download code for binaural headphone mix and a QR code to visit UBISOFT 360 degree version of Notre-Dame. The vinyl and the CD and Blu-ray sets will be available from September 10 and, a month later on October 10, a digital binaural audio version of the show will be available on all DSPs.

But the surprises don’t stop there. Jean-Michel, recently awarded with the badge of Commander to the Legion of Honour, has more digital experiences to share with fans before the release of ‘Welcome To The Other Side’. Right now you can already see the 360 video of his live version of ‘Herbalizer‘ on YouTube, while binaural audio versions of ‘Oxygene 19‘ and ‘Zero Gravity‘ will also be available soon.