Electronica 2: The Heart of Noise by Jean-Michel Jarre

I got an e-mail from myplaydirect where they apologizes that something went wrong with my order of Fan Box part 2 and they welcome me to make a new order.
First; they never sent me the part 1 of the Fan Box due to some problem with my Visa card transaction.
Second; I never ordered part 2 as I discovered something didn't "clicked" with my money transaction.
So that e-mail felt just...weird.

Hi guys just want to say ive just listened to only a couple of snippets from that snippet trailer for vol 2, I want to wait till I have the actual album then listen to the whole thing, I'm totally in love with the pet shop boys track, catchy, upbeat and the Julia holter track sounds pretty dam powerful and uplifting, both songs are feel good songs.

Mr jarre is back with a bang and still has the touch, I dnt think he has ever lost it, I think hes just tried different routes of the musical world and now hes back with what sounds like a stunning album and a huge tour.

Aw yeah! I'm most looking forward to listening to this album.

Ziggy wrote:Here is one for you.
Did somebody check the DR values?
If you download the stems for HOT and export them yourself would it be better?

That's my question from a few pages ago as well. I've got a WAV where I've put all the stems together so if anyone wants to DR'ify that one, I could send it to them. Or they can just make it on their own in Audacity, for example.

Won't expect the album to come in today from Amazon.co.uk (when I'm not at home anyway), gotta listen to it tomorrow on Spotify first thing in the morning...
Post Posted Fri May 06, 2016 6:36 am

I bought the album in iTunes. I listening right now to "Swipe to the Right" with "Cyndi Lauper". I realy like it. It let me dance from the first notes of the song The use of the Minipops sound is good. I never hear that in a "regular" popsong. That's cool! Much better than "As One"!

"Walking the Mile" with "Christophe" is a strange song. But still this strangeness works on me.

I wouldn't know. MyDirect is being terrible as always and still hasn't send me my download... 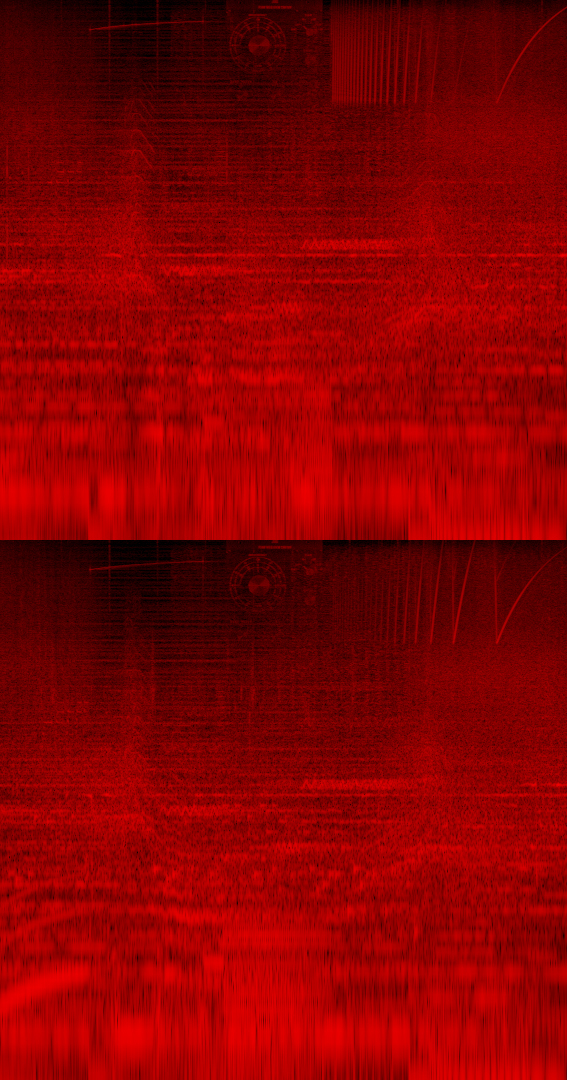 From Switch on Leon (The Orb) towards the end.

Short and personal impressions on from just my first time listening.


The Heart of Noise Pt. 1 & Pt. 2
Very Vangelis sounding, it's a great way to open the album. The second part could've been done without, but it's a harmless more upbeat version.

Brick England:
I quite like the track. It's nothing special, but it did click with me immediately. Can't really put my finger on why. Harmless fun I guess!

These Creatures:
It's not a bad track, but this was outright boring. The music is not memorable, and the lyrics (and voice) aren't strong enough to support the music. A different singer could've saved this from being completely forgettable I guess. But even that I doubt actually.

As One:
It start very Ethnicolor-ish, which is a good thing! But nearly a minute and a half of built up on a four minute track is way to long. I absolutely loved the rest of the track, but it should've been a bit longer because I freakin LOVE the second part! By far the best collaboration track of the bunch! You can even argue of both albums, but with how good The Time Machine was that'd be one hell of a discussion!

Here For You:
The chorus is fine, but I'm, not a fan of Numan's singing outside of that. I guess that's just the guy though. The music is fine, nothing good, nothing bad. Just meh.

Electrees:
It stars super Jarre-ish, but a tad lighter than usual. But what I had with As One goes for this as well, so much build up for not enough payback. The track should've been much longer and with a stronger punch at the end. But it's great to hear Zimmer outside of his movie scores for once.

Exit:
Solo Jarre and very... Not Jarre... Like at all. But I like the track, it does go pretty well with the concept of data security and breaching. It almost feels like a track from the Brosnan Bond films. Which is not a bad thing.

Gisele:
The Travelator Pt. 2 of this album, and that's a very good thing! Not a fan of whatever the hell for weird filter they decided to throw over Tellier's voice. But it's still a really fun track!

Switch on Leon:
And another track that seems to build up a lot with not enough of a pay-off. I like the track, both the first half and the second half. But it just feels like the balance is off.

Circus:
The track (outside of Falling Down) that I was most looking forward actually. The trailer had the short chorus and I absolutely loved it. And the full track doesn't disappoint. It's a great track, I just wish it went on longer!

Why This, Why That and Why:
Two words: Oh Yeah!

The Architect:
It's a good track, but it lacks any cohesive structure I feel. I really like the 'whoop'ing sound throughout. Can't really say much about the track honestly. It's just fine I guess.

Swipe To The Right:
I love me some Cindy Lauper. I really do. But did she really have to use that terrible whiny voice? I like the rest of it however. Great voice in the chorus, music sounds pretty good (though I do wish we got the 'leaked' demo also). It's a pretty good pop track all in all actually.

Walking the Mile:
I think this track has the same problems as What You Want has. The music just isn't very good and the lyrics don't help either. It's no doubt the better track of the two, but not by much. The guitar and Jazz ending really saves the track from complete disaster honestly. Actually, I think if the entire track was the Jazz ending I would've considered this one of the better tracks on the album!

Falling Down:
THIS! THIS IS WHAT I WANTED MOST OF ALL! It sounds like what Jarre would do these days and I love it! The voice could've been dropped, but the music sounds great! I absolutely love it!


Overall thoughts shared between the two albums. The Heart of Noise has the higher highs, but sadly also the much, much lower lows. The Time Machine has the much more cohesive structure of the two albums and it's overall quality seems much higher.
I'm not sure if that's because that album had more time and this album being seemingly pushed out in the six months since the last one. I guess there's enough between the two albums to justify both albums existing. But there's sadly also a lot that's completely forgettable.

Ziggy wrote:Here is one for you.
Did somebody check the DR values?
If you download the stems for HOT and export them yourself would it be better?