Jarreshair wrote:Well said Jon. We all moan a bit about certain tracks, but it's great to have him back at the age 70. After T&T I thought that maybe we had seen the last of him.

When Jarre released T&T and the reworked Oxygene in 2007, if I had been a betting man I would have betted on the odds that Jarre was going to retire and I did think he had. Now I understand better the problems he faced during those years and the time away to heal wounds has done him the world of good. He's charged his batteries up and, to quote Austin Powers.... he's got his mojo back. As you say, at the age of 70 he shows no signs of stopping. Many musicians have retired by that age. Far play to him.
Jarre concerts attended - Destination Docklands 1988 - Paris La Defense 1990 - Europe In Concert 1993 (Manchester & London) - Oxygene Tour 1997 (Birmingham)

"A group of men and woman entered the laboratory one month ago to live in a smell free world. Body odour, sweaty arms pits and smelly feet are to create the energy to survive. A total mystery surrounds this experiment, and it's project code name: B.O and Smell'i "
Post Posted Wed Nov 07, 2018 1:23 pm

For this and for the amount of topics of great interest that will be addressed, it becomes truly unmissable the talk that the artist will hold at the Terrazza Martini di Milano (piazza Diaz, 7) Friday, November 23, at 18, on the occasion of the Milano Music Week, together with Luca De Gennaro. 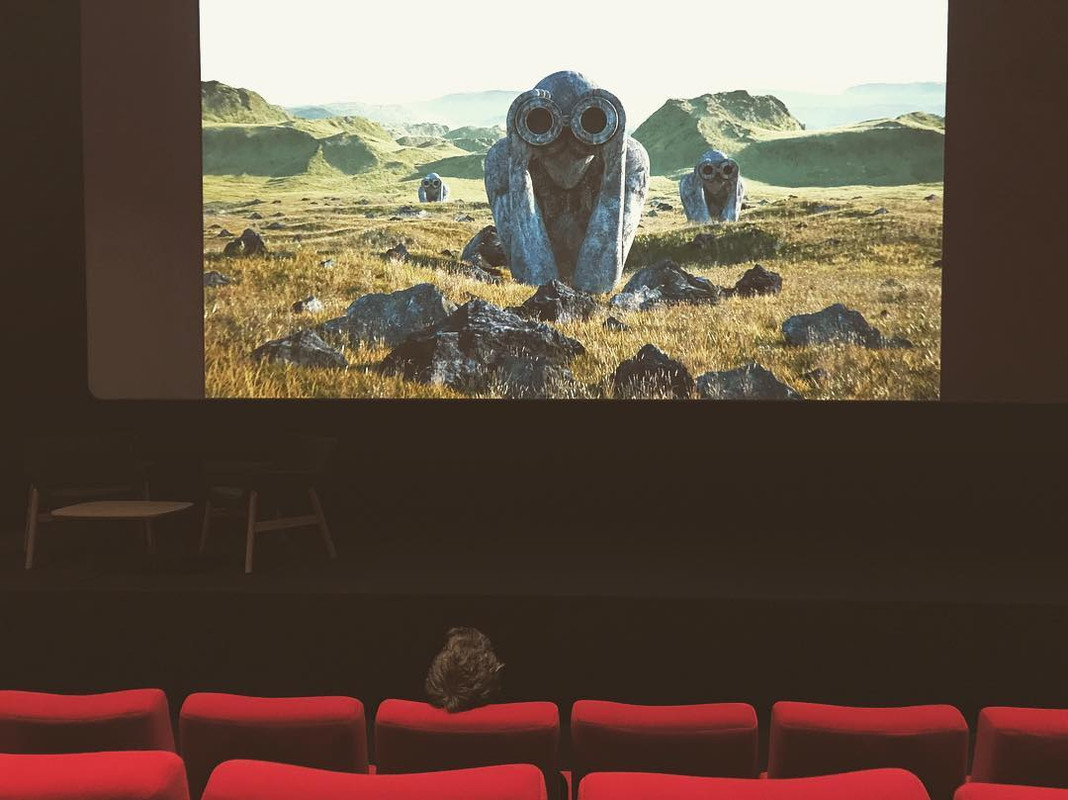 In Brussels for promo. Soundcheck for the listening session tonight going well. Looking forward to seeing you there. 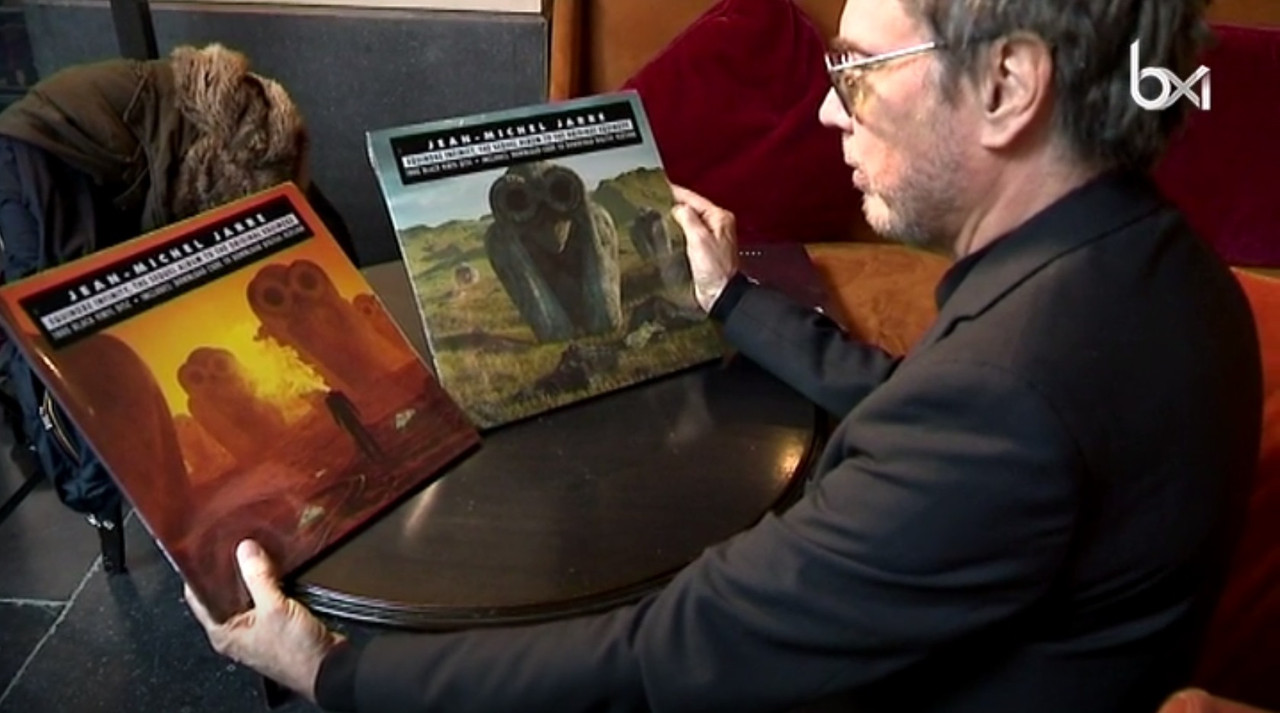 Jean-Michel Jarre is in Brussels to present his new album 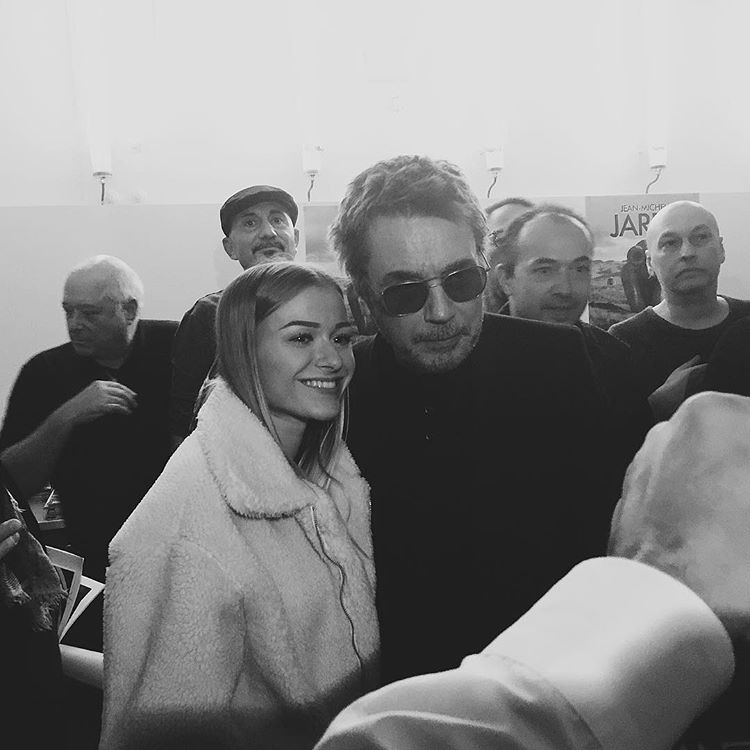 The one and only @jeanmicheljarre &#127929; thanks for having us and for letting us listen to the new album first. #jeanmicheljarre

The one and only @jeanmicheljarre &#127929; thanks for having us and for letting us listen to the new album first. #jeanmicheljarre

«For me, creating is an addiction»

At 70 years old, Jean-Michael Jarre, legend of electronic music, releases 'Equinoxe Infinity', the sequel to an album that has been going on for four decades

Ten songs were played this Wednesday at the Cinema Palace in Brussels, matched with the two images (each one with cyclic animation, like a 'gif') that the artist has chosen as album covers. In both are the 'watchers' (observers); those creatures that we referred to at the beginning. They have been updated by the graphic artist Filip Hodas about the original creation of the painter Michel Granger, who developed the 'cover' of the 'Equinoxe' of 40 years ago. The buyer will randomly receive one or the other because "in the end we do not know what is the future that awaits us".

Jarreshair wrote:No fan reviews of last night's event? Or at least word about the five tracks we haven't heard in full?

Unboxing the EQUINOXE PROJECT Boxset. The concept around it was to make it a visual experience. Including many of the incredible watcher designs by Filip Hodas and combining the two worlds of EQUINOXE and EQUINOXE INFINITY. It includes both albums as Vinyl Replica CDs, both albums on 180g Vinyl, a Scratchcard to download both albums as WAVs and four Posters. It´s manufactured in a limited run.
Link to pre-order: https://jean-michel-jarre.lnk.to/Equinoxe_all

Welp, now that Movement 6 is on its way to a pre-album release, I checked that snippet out. Sounds like a late 90s dance track with a Zoolook-ish twist.

A bit, yes. Oxygene 19 is of course out of question, Oxygene 17 too. Oxygene 20 on the other hand makes depressive and the rest of the Album is so-so.

And the 4 yet known tracks of 'Equinoxe Infinity' are interesting, but nothing special ....

I really don't understand , Oxygene 20 is the best slow track he never did. I'm just agree with you for the so-so part 16 eventually. But I think that album still one of the best of his music. A so nice travel in the darkside of the oxygene world ( Oxygene 2 was the light and the first the perfect balance). But I respect your opinion.