RemarkableRadio wrote:Movement 10 - Equinoxe Infinity has a lot of similarities with The Orb's A Huge Ever Growing Pulsating Brain That From The Centre Of The Ultraworld.

We should be specific in this 7min32

That's it just 8notes. There's No other resemblance.

Take out these 8notes : then no one says anything about the orb.

Unnecessary to bring this sequence.

Detracts from a Brilliant track.

I would advised JmJ to Bin this pointless 8note sequence.


Why then did JmJ bring this 8note sequence?
# Was it the title huge ever growing brain ruling from centre of ultraworld has a resemblance to the watchers ? 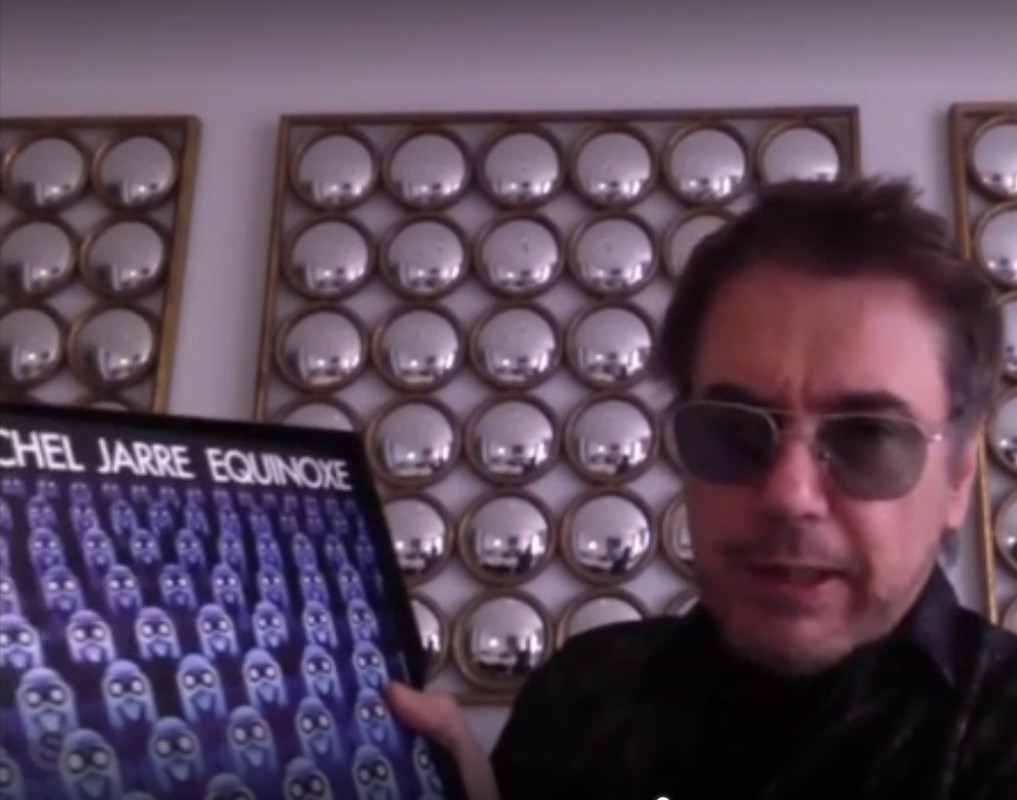 Jean-Michel Jarre, a life dedicated to 'cosmic' music: "Humans are very arrogant to place us at the center of the universe"

Jean-Michel Jarre leads a life dedicated to music. A cosmic music that transports us beyond our known 'universe'. The composer has sold 80 million albums in his career and has just released 'Equinoxe Infinity', a sequel to his second studio album that went on sale 40 years ago. The vigilantes, some stone totems, have a fundamental role in this work and Iker Jiménez has been able to speak with Jean-Michel Jarre exclusively for 'Milenio Live'. From his own home, the French musician reflects on the past, the present and the future and shares with Iker his deep impressions. 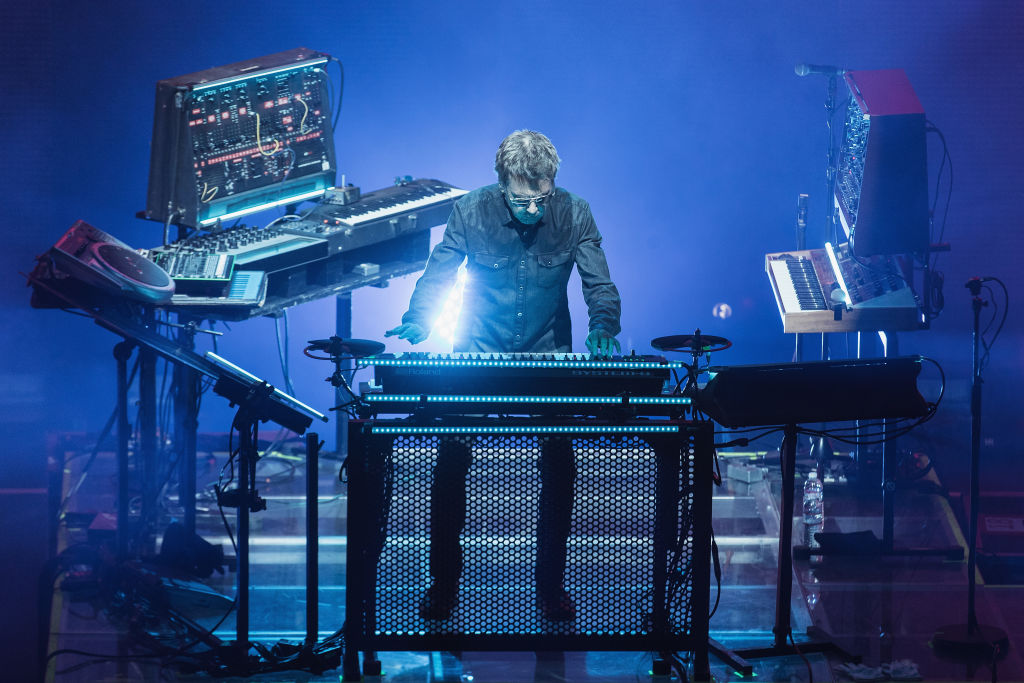 How to discover the secrets of Jean-Michel Jarre on Wired

The electronic pioneer in comparison with world-famous Italian DJs and producers, in a live streaming event on the Facebook page of Wired Italia

Forty years on, Jean-Michel Jarre re-connects with the famous concept album Equinoxe , thanks to the release of the new work Equinoxe Infinity .
The French composer and musician, a pioneer of electronics, will be featured on Monday, 26th November of an event broadcast live on the Facebook page of Wired Italia, starting at 16:00.

Dr_Jones wrote:How is the amount of cracks and ticks in your vinyl recording?

You can barely hear it at the end of side B.
Check your pm. 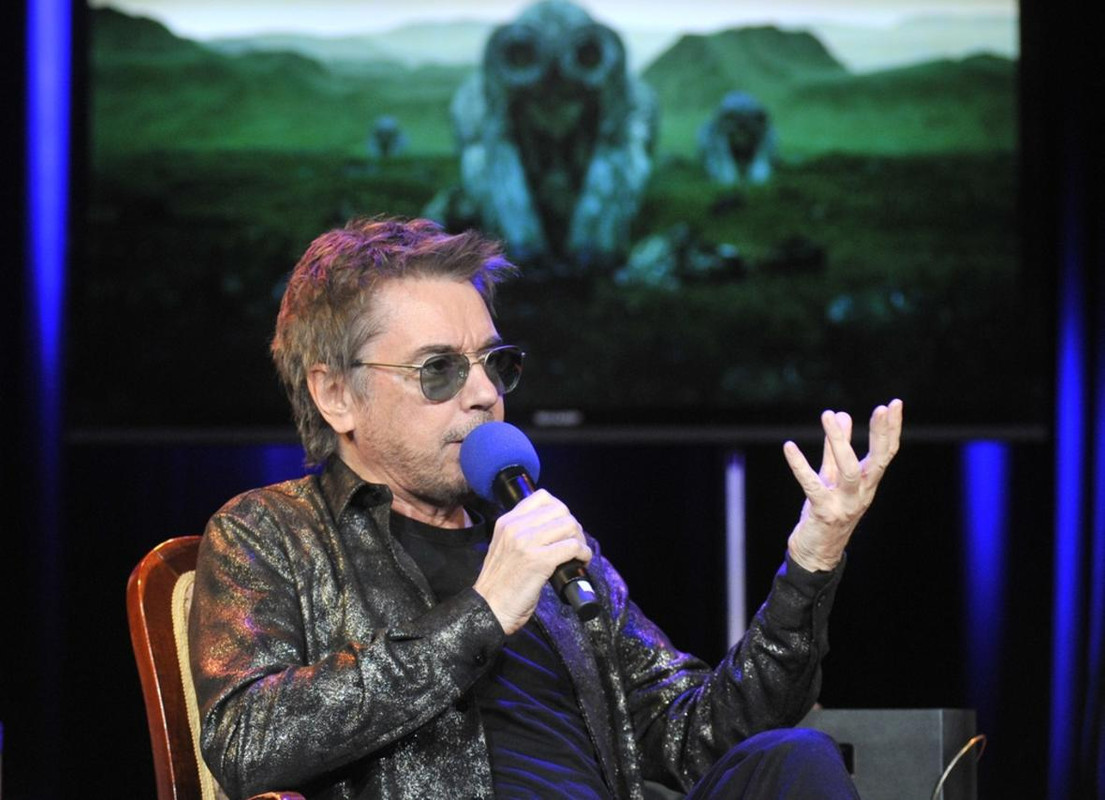 Jean-Michel Jarre released the continuation of the legendary album "Equinoxe"

The French musician decided to record an album inspired by technological progress. How does Jean-Michel Jarre's Equinoxe Infinity look like?

“At a time when vinyl is coming back for good, the cover is again gaining importance and attention. The "Equinoxe" cover has always been one of my favorites. Do these strange characters watch us? They look into space? They watch machines or natural phenomena? We do not know that. They are not scary, but they are strange and mysterious. We used the original "Watchmen" theme on the cover again to continue this story.“ 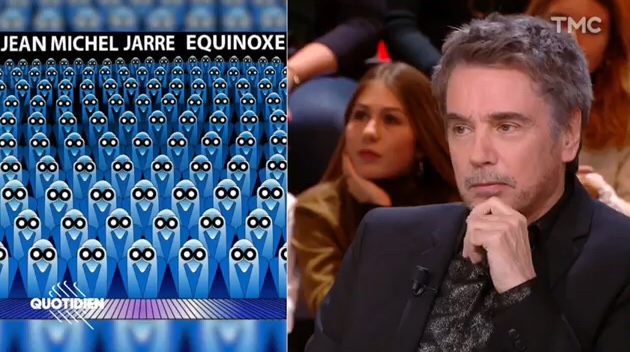 Fourth and final part of mine and Jarre's walk through his entire studio album discography is up.

Elf wrote:Fourth and final part of mine and Jarre's walk through his entire studio album discography is up.

Very interesting interview, I love it. And Fiona is the answer (to everything)

Brilliant interview again. The T&T insights and his realization that Movement 2 sounds like Industrial Revolution 2, you being frank about not liking stuff and JMJ being very open and positive about it. A much more humane conversation that the usual printed stuff.
https://popcorn-song.com
https://jeanmicheljarre.nl
Post Posted Thu Nov 22, 2018 3:27 am

Although I think this sentence is a bit weird:
"You music that is simply to have fun with and dance and party to."
Otherwise I'll second that. 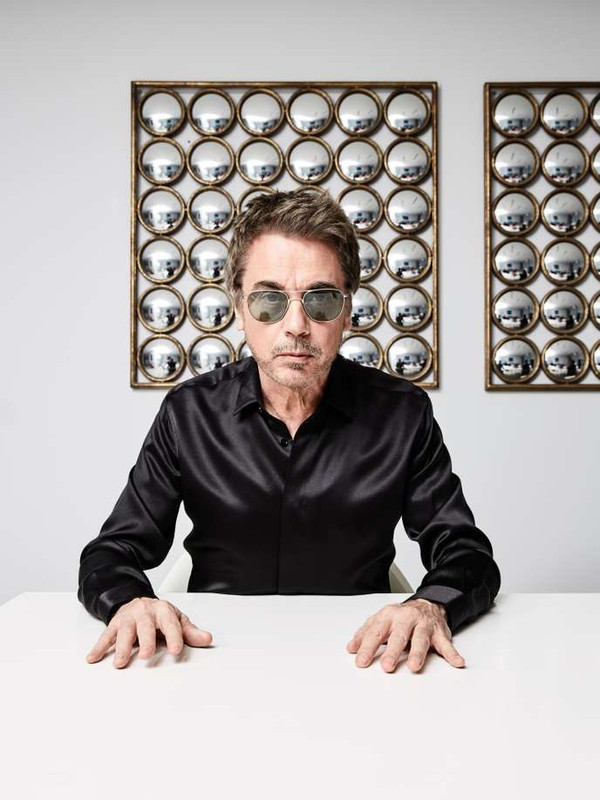 Jean-Michel Jarre: "We only make variations of ourselves"

The composer released a new album, "Equinoxe Infinity", after an anthology celebrating his fifty years of career.

Elf wrote:Fourth and final part of mine and Jarre's walk through his entire studio album discography is up.

Very interesting interview, I love it. And Fiona is the answer (to everything)

Thanks, and you're right. Fiona is the best

Dr_Jones wrote:Brilliant interview again. The T&T insights and his realization that Movement 2 sounds like Industrial Revolution 2, you being frank about not liking stuff and JMJ being very open and positive about it. A much more humane conversation that the usual printed stuff.

Thank you very much.

And I agree, I think through the past ten years, I've gained Jarre and Fiona's trust to be able to do this interview. And he told me afterwards that he really liked that it was very different from the normal interviews he does.

It was a great experience. Maybe I'll take a walk through all his mega concerts next time