We need more pieces of the puzzle in order to brute force the remaining characters and http://www.wearewatchingyou.net will be zoolooked !

And if you go here : http://www.wearewatchingyou.net/livinginharmony/

You can read this message :

Incredible! You really think you can save humanity? Please never come back.

Fine! You really think you can save humanity? Humanity is proud of you.

Perfect! Let's continue as if nothing happened.Perfect!

Probably the one in "the message".

In the page code, there is a new part :

If you wait a while, you will get a "Shutdown" or "Disband" or something else which will give you a countdown if you click on it. After that, you have to fill in a code. Maybe something that will be clear when we get more of the numbers and characters?
(password is checked via a javascript JSON request by the way)
https://popcorn-song.com
https://jeanmicheljarre.nl
Post Posted Wed Dec 12, 2018 2:47 pm

Some people have been seeing this on wearewatchingyou.net

"Three hints have been sent so far to 21 contacts." 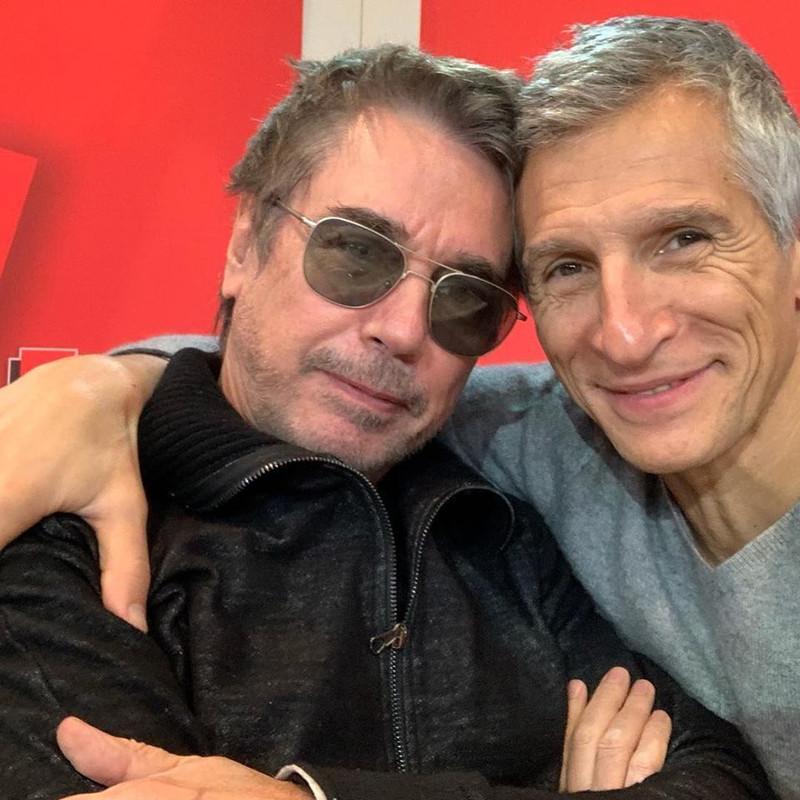 Which reminds me - I was just about to post about what I found on Electronica 2, but perhaps I'll wait until this one is done

Dr_Jones wrote:Electronica 2 had an isbn of a Julian Assange book

And a message in Morse code, and an image of a frequency shifter.

Dr_Jones wrote:Has anyone else gotten one of these pictures? Any posts on Facebook about it? Or don't people know how to open images anymore?

the 404 pages on the website are not helping. I figured "Living In Harmony" was referring to the "easter island" cover of Equinoxe Infinity, so I thought the other was could be something like "Destruction", but that only gives me a 404. No hints in the 404s.
https://popcorn-song.com
https://jeanmicheljarre.nl
Post Posted Thu Dec 13, 2018 10:53 am 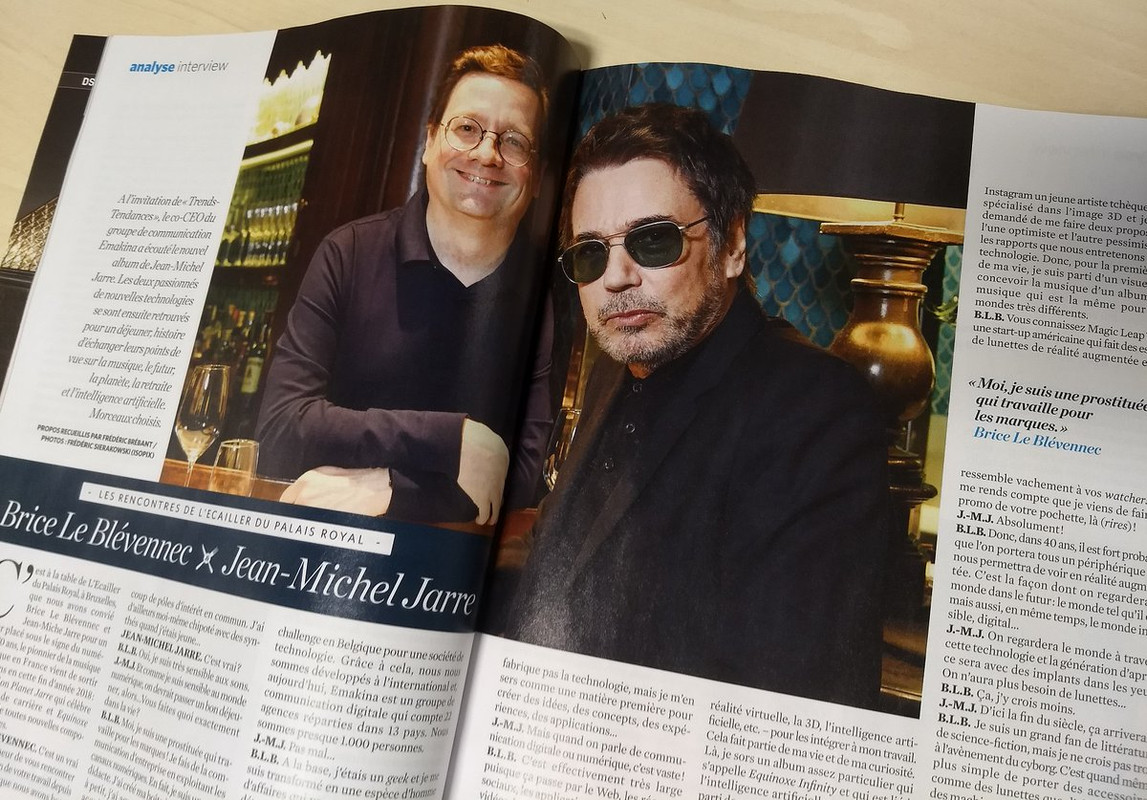 At the invitation of "Trends-Tendances", the co-CEO of the communication group Emakina listened to Jean-Michel Jarre's new album. The two passionate about new technologies then came together for a lunch, to exchange their points of view on music, the future, the planet, retirement and artificial intelligence. 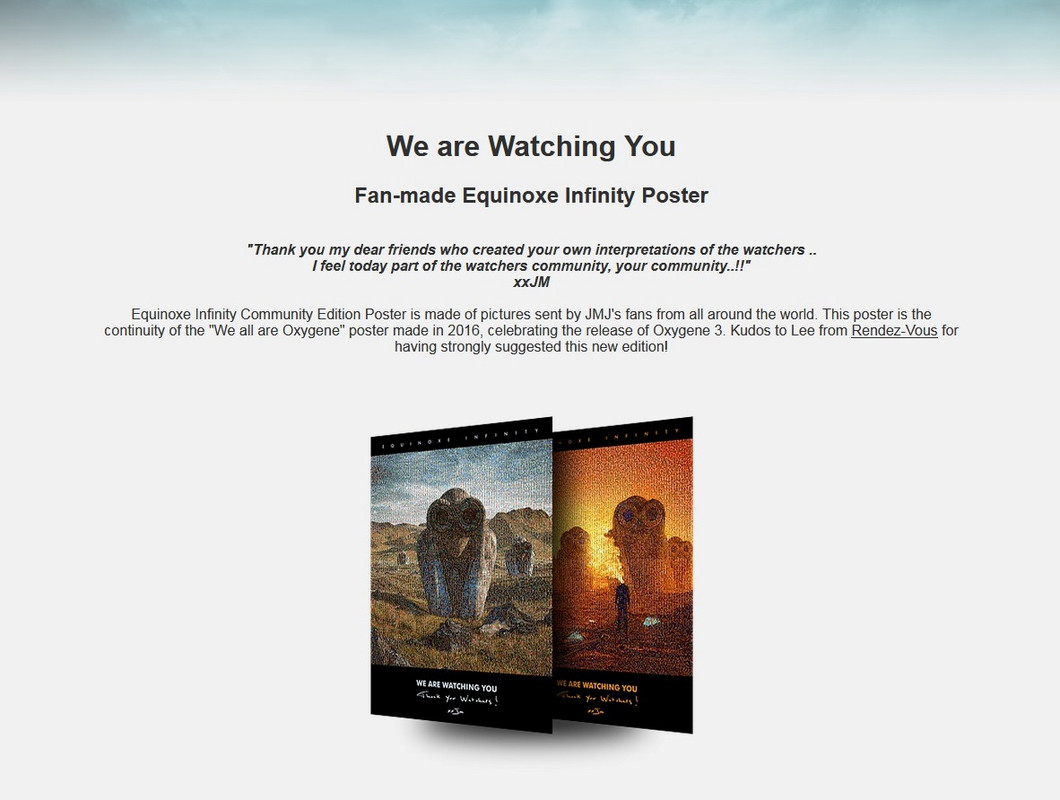 Today we can announce the availability of the Equinoxe Infinity fan poster.

A special message from Jean-Michel Jarre:

Equinoxe Infinity Community Edition Poster is made of pictures sent by JMJ's fans from all around the world. This poster is the continuity of the "We all are Oxygene" poster made in 2016, celebrating the release of Oxygene 3. Kudos to Lee from Rendez-Vous for having strongly suggested this new edition!

The poster can be downloaded from here:

A huge thank-you to everyone from me who participated in the idea!

The link will be posted out on the official JMJ channels later today.