I love oxymorons, made of two opposing words, two opposite feelings. This track is a mirror of that. I use the Mellotron a lot in this piece, such a great instrument, a mechanical device but with a human quality VR eating sounds like some audio remains of the past. I recorded this track only once, I did everything - the melody and the rhythm-track - in one go. I love the idea that technology can provide emotion, even though technology is not linked to the notion that it can actually provide emotion. Robots or Artificial Intelligence are just machines without any contradicting emotions so far. They might not be able to work as efficiently should they have emotions. But who knows, one day maybe, robots will experience nostalgia.
Pre-save or pre-order EQUINOXE INFINITY here: https://jean-michel-jarre.lnk.to/Equinoxe_all 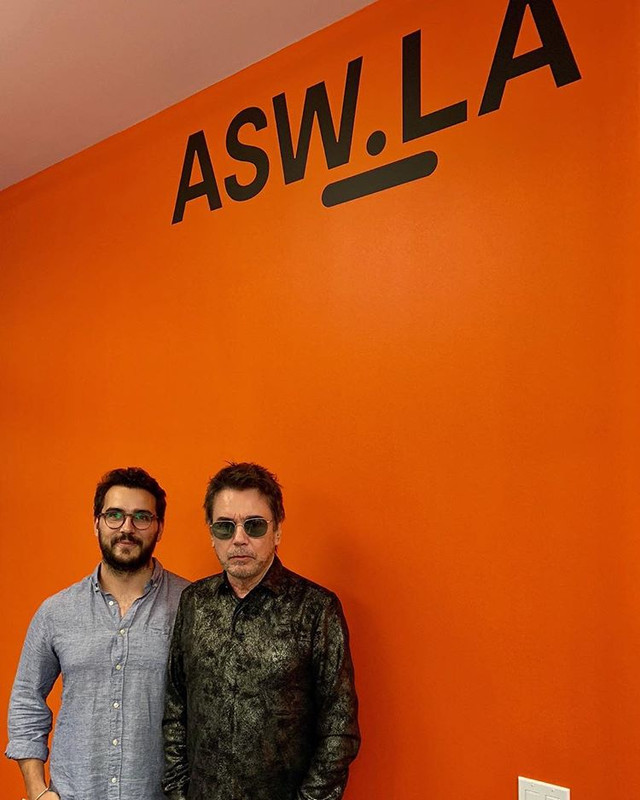 Very excited to meet my new USA family at @astralwerksrecords today and catch up with my friend @tobyandrews1. Looking forward to be working on Equinoxe Infinity with you and your team &#128588;&#127995;

For the first time I created music around artworks. @filiphodas the cover artist for EQUINOXE INFINITY designed a few amazing extra images. A few are only available as part of the boxset. I am particularly happy with this set as its showcasing the full visual beauty around both EQUINOXE and EQUINOXE INFINITY. The Replica Vinyl CDs add a fun touch to the set. I hope you like it.
Link to Boxset: https://jean-michel-jarre.lnk.to/Equinoxe_Box 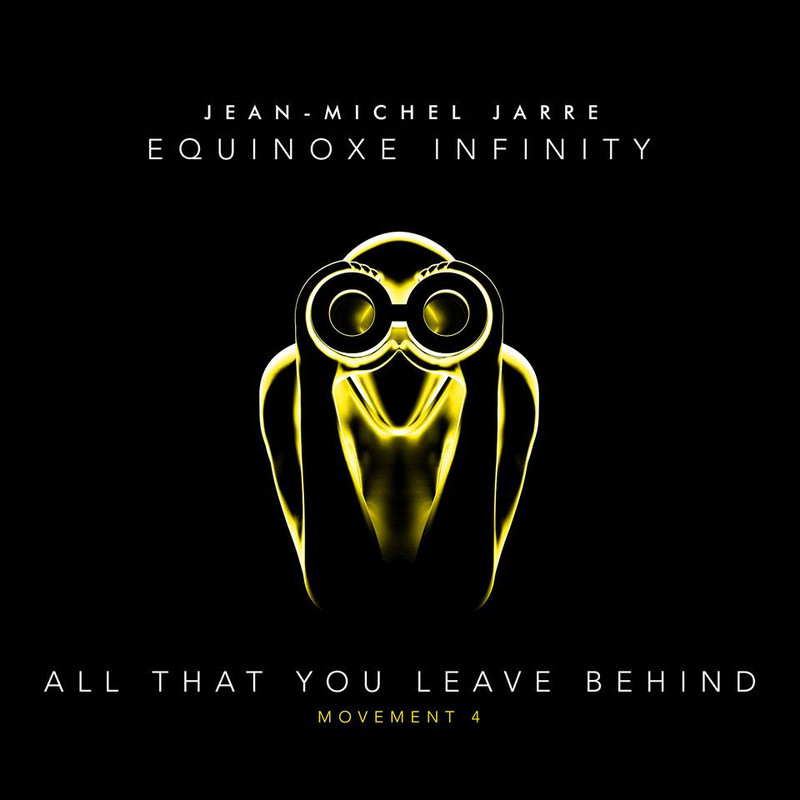 All that you leave behind (Movement 4)

We all know that any human being often thinks about what she or he is going to leave behind, when they are gone. Depending on the listener this can have a different meaning. What's left of us? Children, objects, inventions, mistakes, dreams, chaos, ideas...? Also will we leave behind us a clean green and blue planet like on Equinoxe Infinity cover 1 or a polluted hell created by us, like this smokeman in a suit on Equinoxe Infinity cover 2? What are we going to leave behind for the future from the 21st century? Ideas and acts have resonance from one generation to the other. The central creatures in this project, the Watchers, are perhaps just observing which future we are building.

You can now pre-save Equinoxe Infinity and win a signed copy of the Vinyl Test Pressing via this link:
https://jean-michel-jarre.lnk.to/PreSav ... e_Infinity 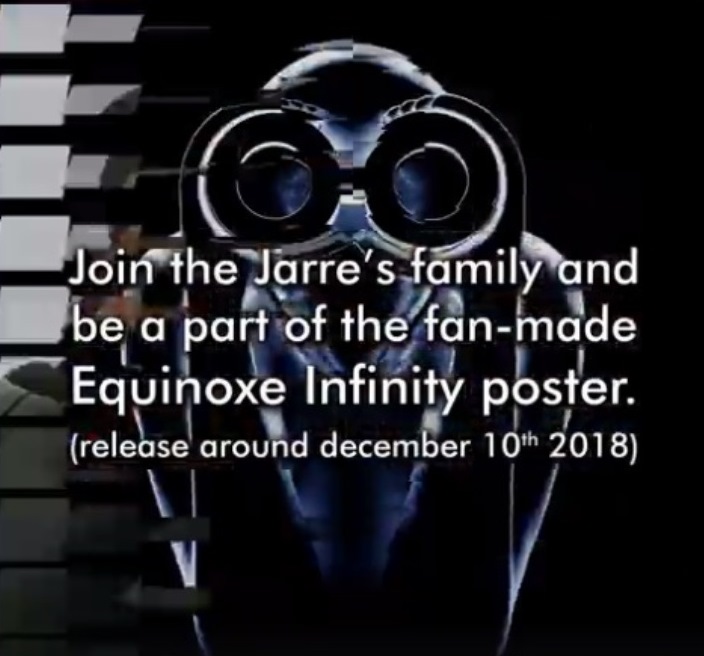 Join the Jarre's family and be a part of the fan-made Equinoxe Infinity poster (release around december 10th 2018).
Share your picture(s) on the social networks using these hashtags: #wearewatchingyou #equinoxeinfinity.
Send your picture(s) before november 30th 2018 to this email: equinoxe@jeanmicheljarre.com

Technology and Electronic Music can convey a lot of romance and a lot of poetic elements. The difference between songs with lyrics and instrumental music, is that instrumental music actually invites itself very well into the mind of the listener as it is not telling you a specific story. The listener can imagine his own story, his own movie in his mind when he listens to instrumental music. The listener's own creativity is very much welcome. In this movement of the album, the music is carried by the wind travelling through some chaotic aquatic sounds on an imaginary path from left to right. Where is it coming from and where is it going? If the wind could speak. 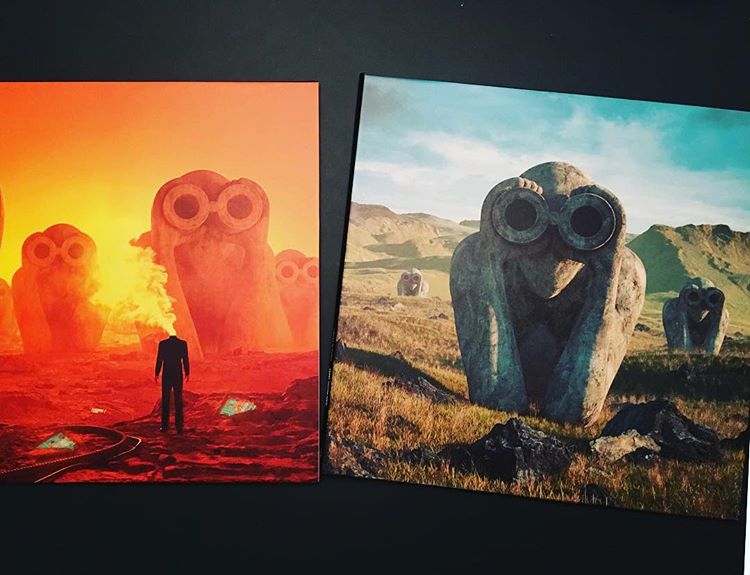 Machines are observing us and are learning random information about us humans, the remains of our history, of our obsolete technology, language and dreams... For which purpose? We don’t know yet.
I've signed a test pressing of Equinoxe and one of you, who pre-ordered the album, will win it. Join the game: https://jean-michel-jarre.lnk.to/PreSav ... e_Infinity 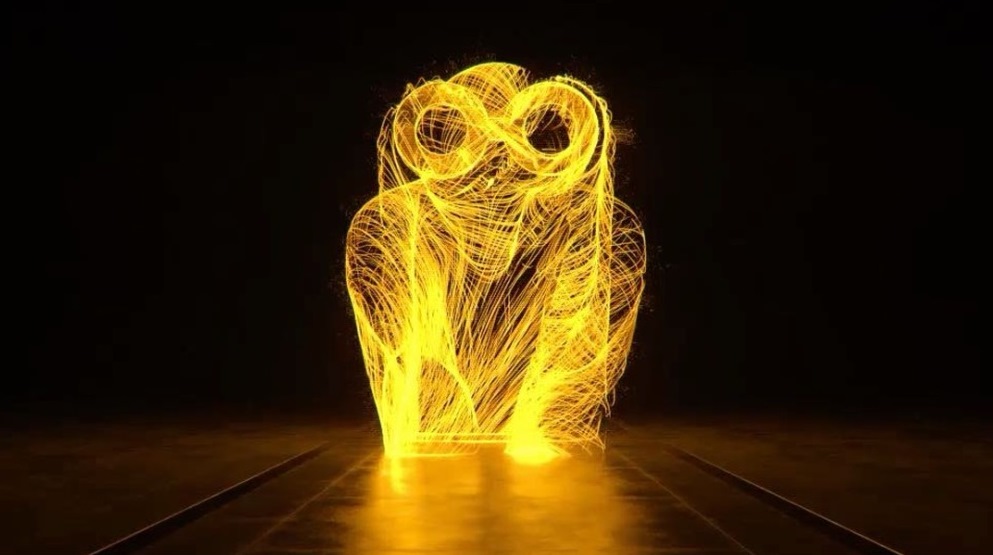 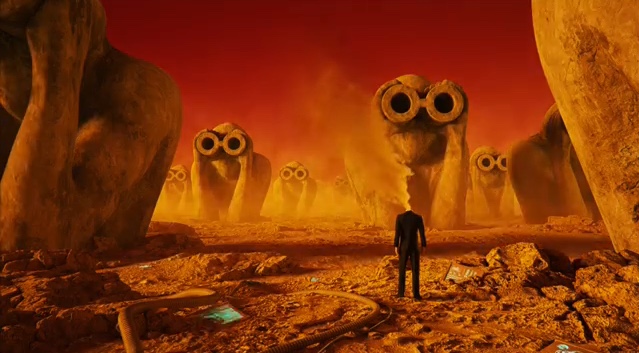 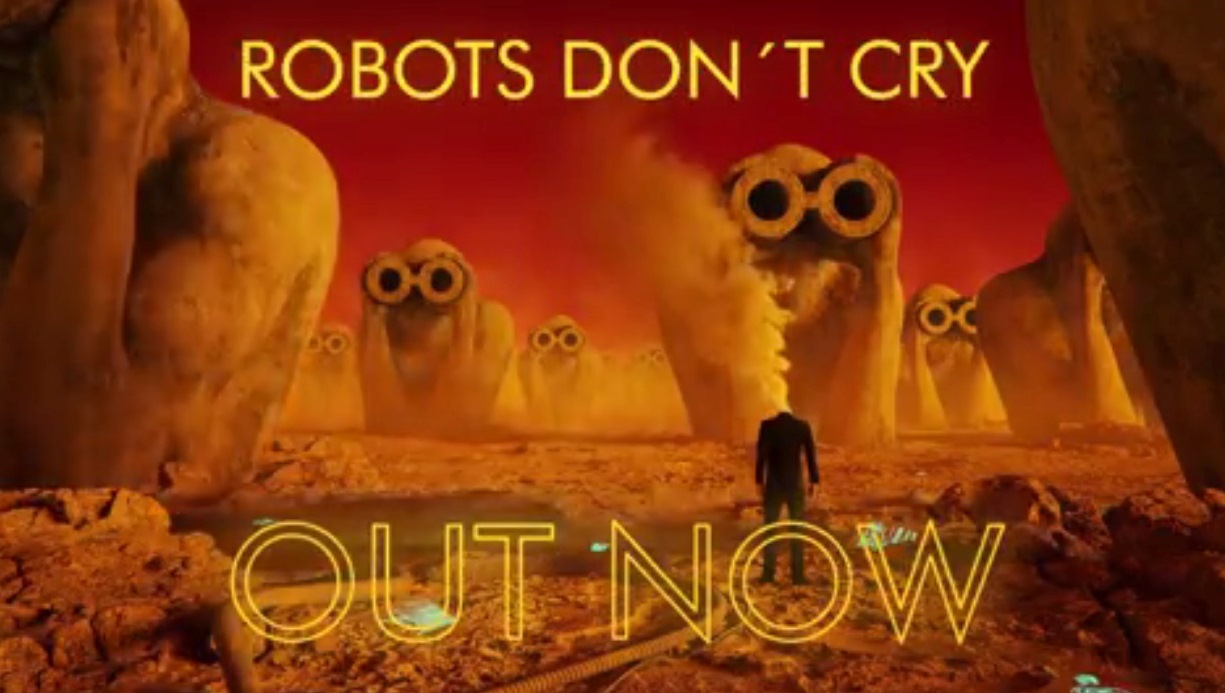 Robots Don´t Cry is the track I get asked about most in Interviews. It really seems to leave an impression on people. So I wanted to make sure you also get to listen to it sooner rather than later. Here it is.
Full video on Youtube: https://bit.ly/2CSRuhv and https://bit.ly/2yLmuNy
Audio on all streaming plattforms: https://jean-michel-jarre.lnk.to/RobotsDCry
Don't forget to pre-save the album: https://bit.ly/2AI0JiZ

First composed this track for this album, before I played it at the Coachella Festival in the summer of 2018: I thought that this piece would be a great opening-track for my festival-appearance and for my US-tour. Actually, that led me to work on the live-version before I recorded the studio-version with a different approach. So, both pieces are related to each other, but they are not exactly the same. For the studio album I went back to my original idea, which is kind of a momentum where a huge gate is opening onto something & somewhere else - Watchers opening doors onto virgin territories, the future being virgin territory for us. 'The Opening', was never meant to be the opening for the album but more as a passage to a next stage.
Pre-order Equinoxe Infinity and win a test pressing signed by me: https://jean-michel-jarre.lnk.to/Equinoxe_all 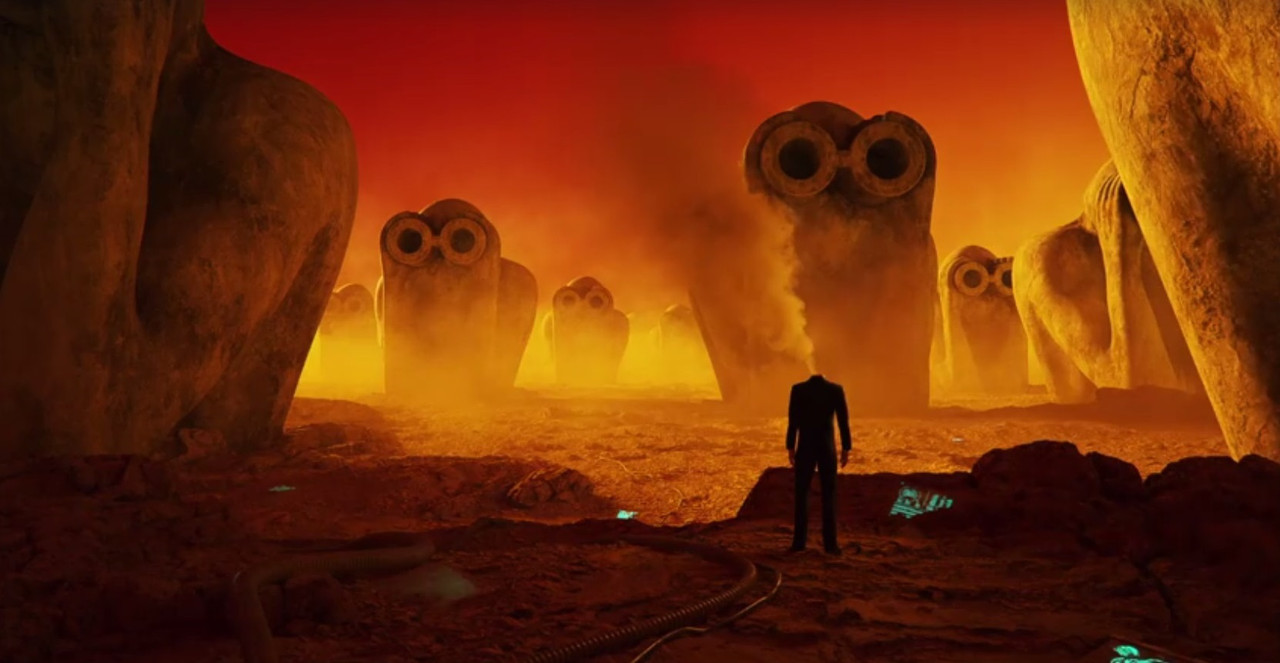 Thanks for all the great feedback on ROBOTS DON'T CRY. I really appreciate it. Remember you can win a signed copy of the album Test Pressing following this link - https://bit.ly/2D4US8W 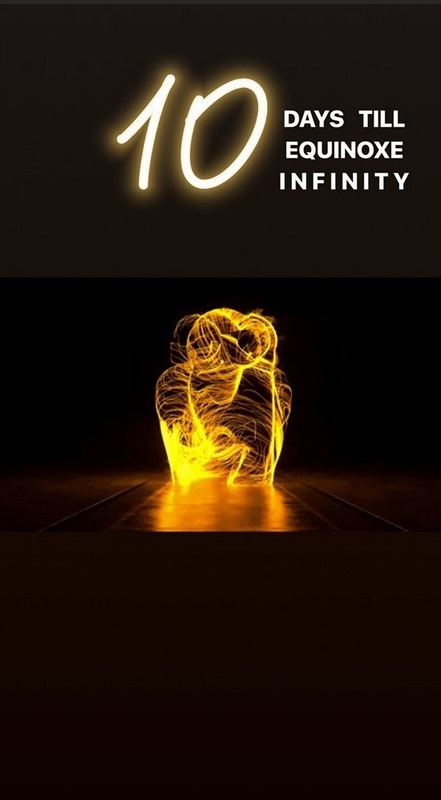