Well, I have listened to Poland, White Eagle, and I have to say I love these tracks, which album would you recommend me ?

This is brilliant. It's some earlier live stuff. Bass sequences with long phased guitar solos are lusssshhhh!

Thanks, I'll check that

My fav albums are


I dont' really like that much of their stuff,considering they have a 50+Album discography most of its pretty crap,I have about 10 or so albums,but only like a handful,most of its just plain boring

I only got into them after hearing the Streethawk theme in the 80s,and a guy I knew lent me the Best of CD I do like some of there stuff,but I wouldn't say I'm a big fan,I have to be really in the mood to listen to their Music,infact I havent listened to them for a Long time

I also have a solo album of Edgar Froese that I like very much
:Beyond the storm
and also a CD that came with the Korg 01W with songs written by Egdar on the 01W,ironically entitled "The best of the 01W"

Besides its hard to pick out the best TD period,they had that many members come and go over the years,that I guess they've churned out a lot of shite Music,especially in the Mid to late 90s,far too much 12 string Guitar pieces for my liking,most of its "Elevator or Supermarket incidental Music"the 70s era was probably the best,due to the Analog synths etc,buts theres a few Album during the 80'90s I like as mentioned above
Post Posted Thu Apr 26, 2007 5:42 pm

I can't say anything about the other albums cause I haven't listened to them properly. I do know that most of their 90s stuff is trash! ~

Oh yeah, listening to it right now, I love it !!

here is a detailed TD discography

This album's name derives from Greek mythology and it was the »opener« for the band's international career in May 73. For most of the sequences, the Moog sequencer was used for the first time on a Rock & Pop record. This album brought TD massive attention from around the world. Gold records from various countries were part of this unexpected success. "

Would have been good to live in 70s to see the synthmusic explosion...

Of the few TG CD's I have, by far the best IMO is their soundtrack to the film Legend. Fantastic themes to a great film. Some pure analogue goodness in there Nico.

Look out for the 20th anniversay edition if possible. Had to get mine from the US.
http://www.youtube.com/user/JMPSynth
www.soundclick.com/jmp70
Post Posted Sat May 12, 2007 7:15 pm

Thanks, I'll check this one

Ricochet (or is that Nicochet

I already have it

Actually, I can recommend you to try:

Some pieces from the soundtrack "Legend" are great too, but very rare to find. Most famous is "The Unicorn"

I think that Stratosfear, Phaedra, Underwater Sunlight and Optical Race are all great !
++++ Anthony ++++

Thanks for a little visit on :
http://www.anthonydupre.net

Go to this page to find some descriptions of TD albums. Just hit the "info" button(s)...

TD was a brilliant group of electronic music.They produced a lot of crap as said above, I agree with that, but they also recorded some fantastic albums.

I discovered TD in 1992 when I borrowed "Optical Race" (1988) from my smalltown mediatheque. This album was probably the last one composed by the tandem Froese/Franke. In fact, Franke went to start a new carrer in the States in the early 90's, and been replaced by Froese Jr, sadly... If this album sounds different from the early ones, it is because the talented Peter Baumann left the band in 1981 to start a solo career too. Peter was replaced by Johan Shmoelling, who left too LOL in 85 or so... Then, in '86, Paul Hasslinger joined the group and definitely added his "Touch" to the group music style.
Unfortunately, Paul left in '88 after the release of "Optical Race". 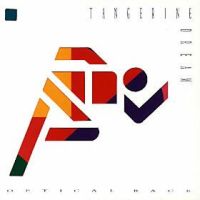 Thanks for a little visit on :
http://www.anthonydupre.net