I'm listening to the album on Apple Music. A bit disappointed to be honest.

AnDrOiD wrote:I'm listening to the album on Apple Music. A bit disappointed to be honest.

I agree. I think Cover Me is the best. The rest I find political, dull, tired and flat.
I miss the old "in your face" Depeche Mode. Bring it back please.
Also I'm beginning to have had enough of distorted microphones.
"The worst thing in any form of art is to be betrayed by your own habits."
- JEAN MICHEL JARRE
Post Posted Fri Mar 31, 2017 10:33 am

There are bands that are bigger than life itself. Maybe not literally. But as for many means just about everything. Groups that will be a global force. Which penetrates all barriers. Linguistic and cultural. Music that becomes more identity than music. And Depeche Mode is just such a band. Therefore, it really becomes a thing of each album release. If it is always good? No, but there is no reason for concern.


"Spirit," Depeche Mode's fourteenth album, starts strongly with four tracks that evokes seasonal best lists and anxiety about not having tickets to the band's upcoming concert Sweden. But after a first play, by two listenings, even after three listenings - should it not feel even more anyway? Four first feels best. Most directly. But, and there is always a but, suddenly. After sullenly listening on in blind hope. Oh, yes. Then the penny dropped down. The darkness, despair, hopelessness, and melodies. Everything becomes so clear. All that was needed was time. Depeche Mode still can. Though it took time. Synthpop performed by dinosaurs may not sound so hot in 2017. But, believe me. This is a wonderfully dark and quiet. 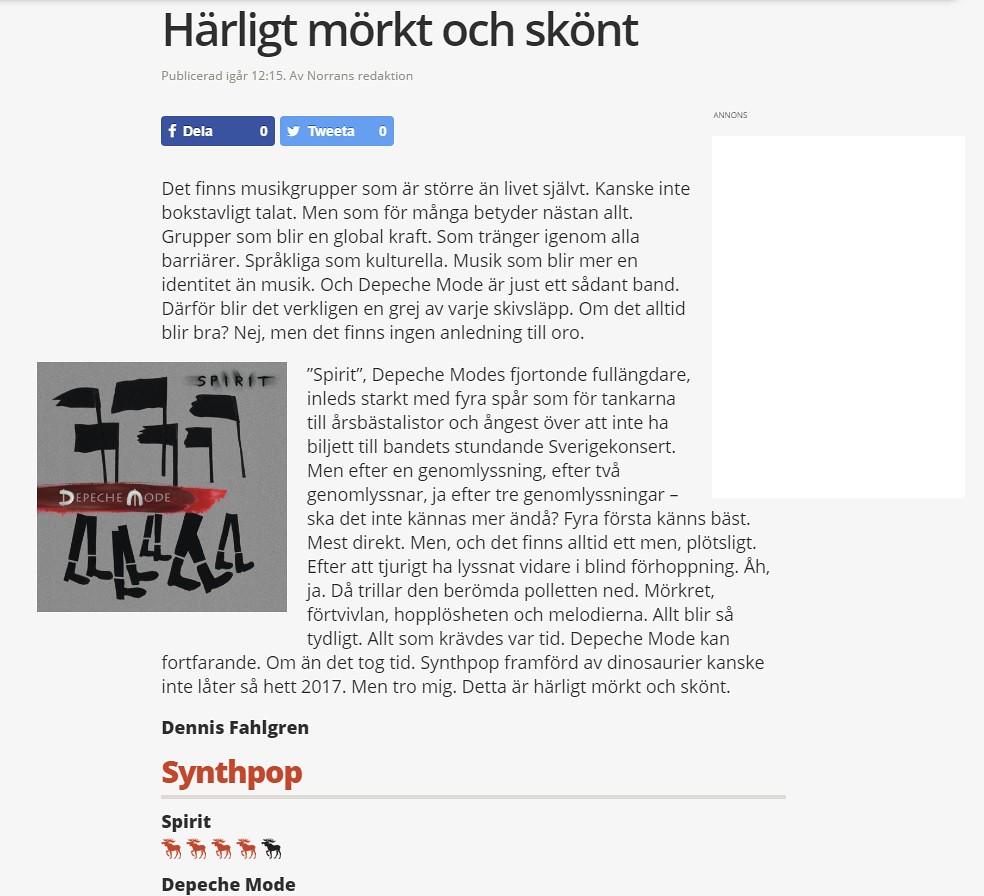 And I understand nothing!