He was talking about doing an autobiography after having read the one from Keith Richards.
Aerozone / Jarre-live.fr / Jarre-fan / JMjarre Fan (english)
http://www.twitter.com/webringJMJ_fr
Post Posted Mon Oct 15, 2018 10:08 am 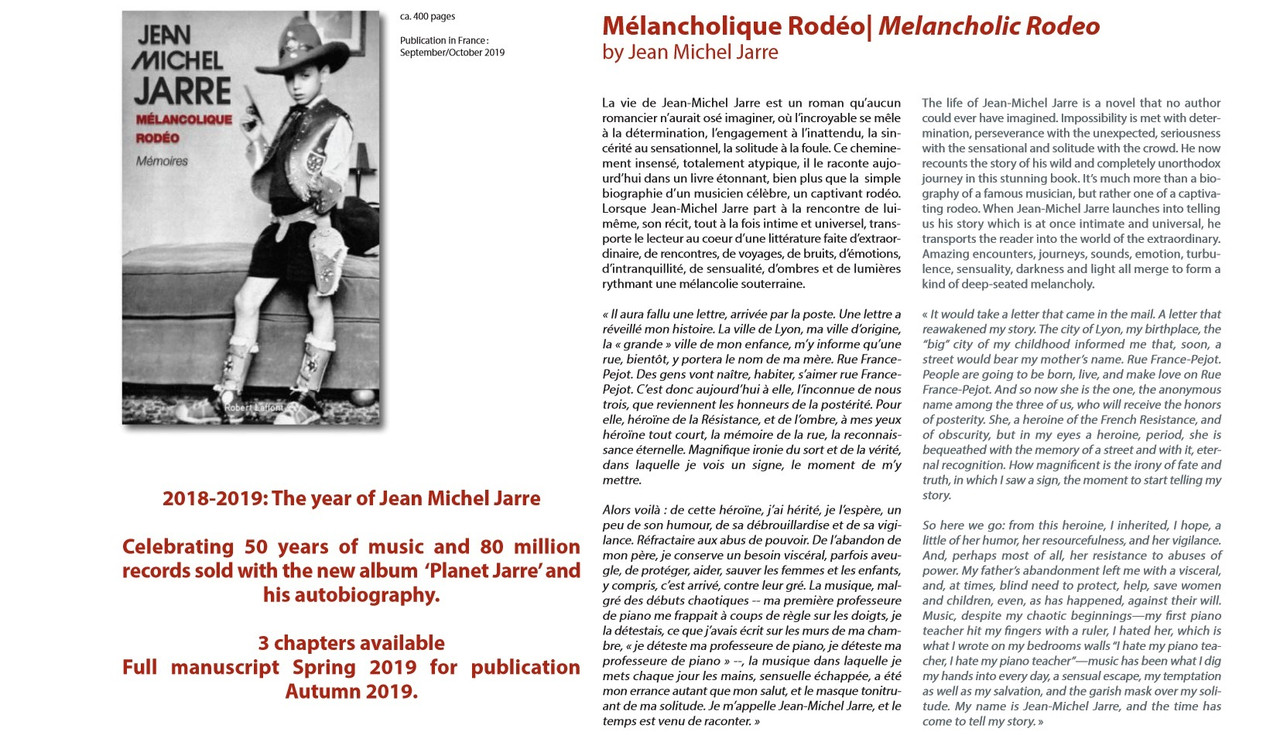 The three chapters are probably available only to publishers who want to sample the book, Jones. We may have to wait for a leak.
Glenn
http://www.jarre.no
Post Posted Tue Apr 23, 2019 4:31 pm 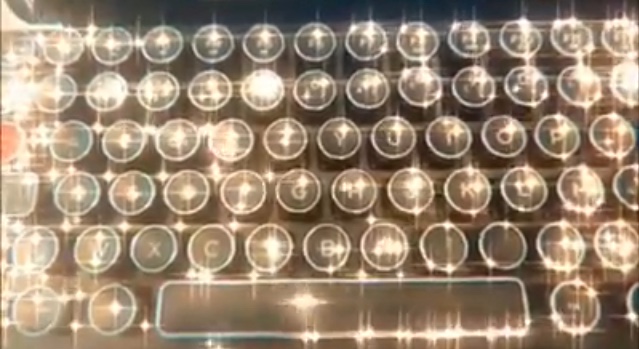 The life of Jean-Michel Jarre is a novel no author could ever have imagined, one that mixes determination with the unbelievable, commitment and the unexpected, sincerity and the sensational, solitude and the masses. He now recounts his mad and completely unorthodox journey in this stunning book, much more than amere biography of a famous musician, but rather a captivating rodeo.

The hand of John Cage, my motherâ€™s courage and heroism, trains, all the trains, my grandfather playing records on his portable Teppaz, clowns and tears, Jean Vilarâ€™s firefighter, the stroke of Pierre Boulezâ€™s baton, the knitting machine, ennui and Chateau Marmont, the Saint-Ouen flea market and the trumpet violin, 1968-1972, Pierre Schaeffer and Les Shadoks, women and After Eights, Chagallâ€™s ceiling for the Paris Opera, whores and soldiers, Christopheâ€™s â€œMots bleusâ€and â€œParadis perdus,â€ the moment the Chinese discovered expresso, guitar and synths, Lady Diâ€™s safety pin, the walls of my bedroom, Berlin and elsewhere, Houston and NASA, Pope Jean Paul IIâ€™s feet, Chet Bakerâ€™s trumpet, Lyon and elephants, Beijing, Moscow, Paris, the Pyramids, the friend of the student in Tiananmen Square, an ugly woman in Hollywood, Chopin and Lech Walesa, OxygÃ¨ne and oxymorons, the music of Pierre Soulages, 2001 and Vestiges of the Future, the Docklands concerts, the resistance of Edward Snowden, the bust of Beethoven, Coachella and the Sahara, Salvador Dali calling me, Charlotteâ€™s compass whistle, the little girl and the Star of Lenin, Nino Rota, the trees of the Forbidden City, the Germans and the Nazis, a billboard in Los Angeles, Pollock and electronica, the solitude of a sound chaser, the loss of my father. Beyond this inventory Ã  la Jacques PrÃ©vert, what is it meant for? What logic is there in all this? When Jean-Michel Jarre launches into telling us his story, at once intimate and universal, his writing takes the reader right to the heart of world full of the extraordinary, of meetings, trips, sounds, emotions, untranquility, sensuality, shadows and lights, all giving rhythm to a subterranean melancholy.

ABOUT THE AUTHOR: Jean-Michel Jarre is a pioneer of electronic music, whose success is still growing today. He rose to fame during the 1970s and 80s, and has to date sold 80 million albums worldwide. He has now chosen to recount his completely unorthodox journey for the first time. 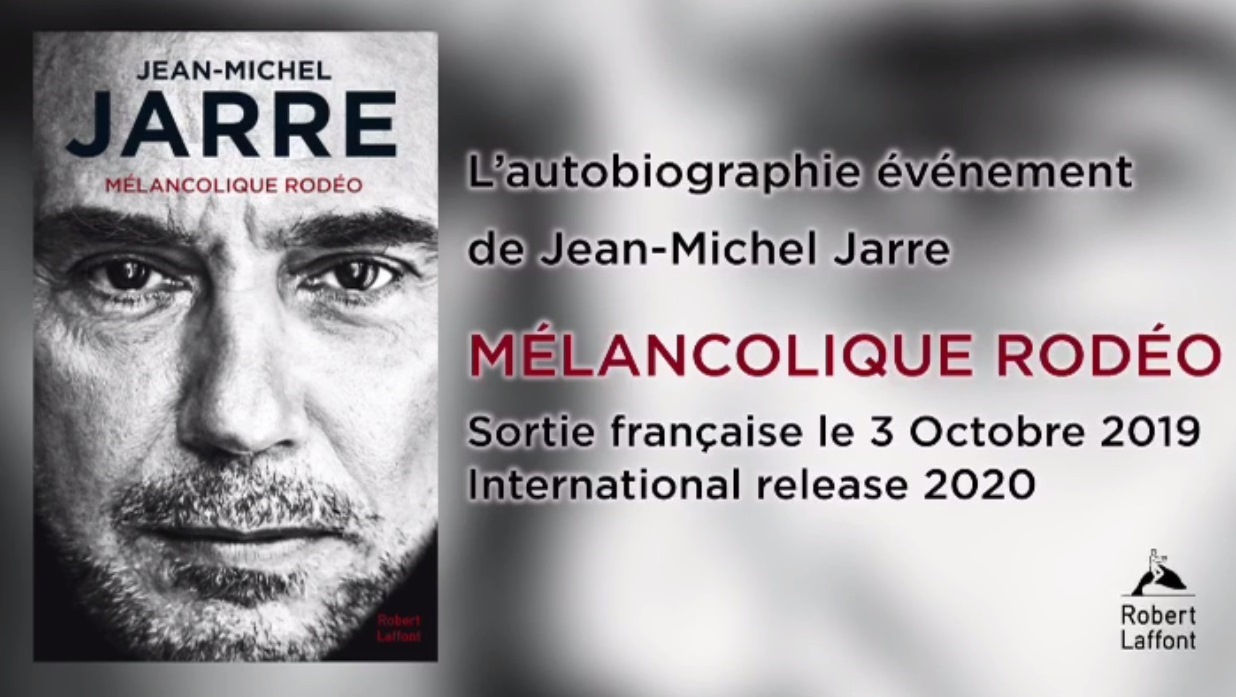 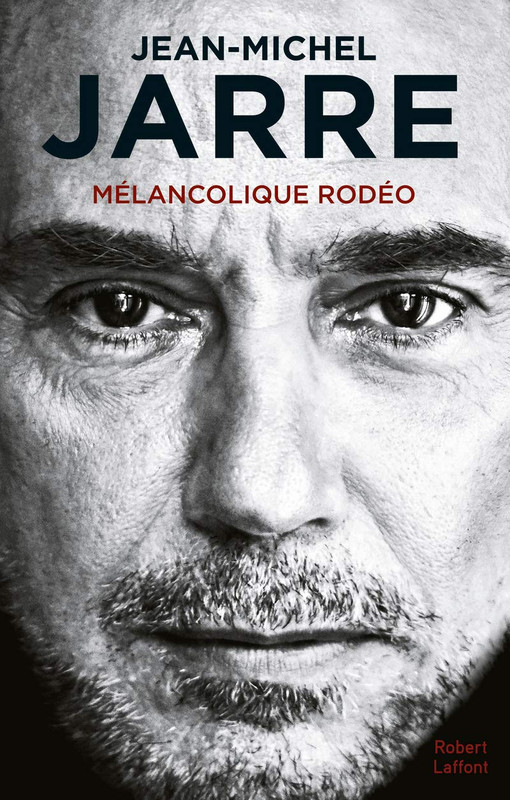 Some sort of trailer